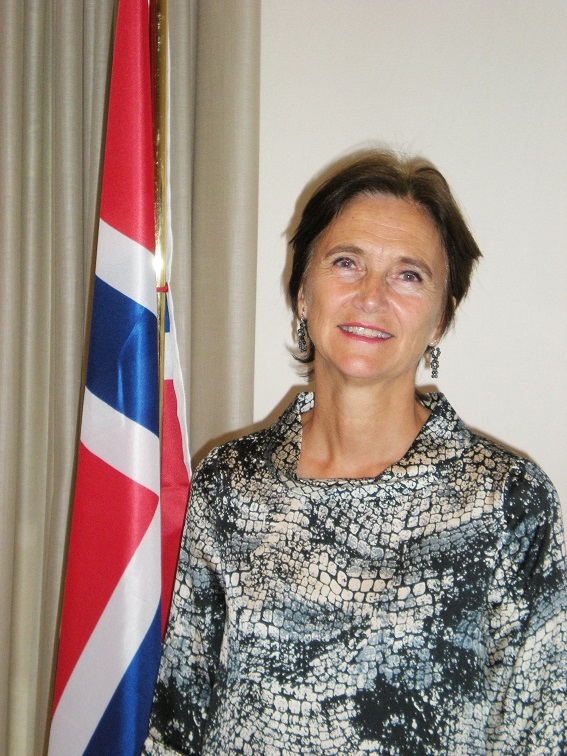 Her Excellency Margit F. Tveiten, the Ambassador of the Royal Norwegian Embassy in Rome, started working for the Norwegian Ministry of Foreign Affairs in 1988, and had a stint in the European Bank for Reconstruction and Development from 1992 to 1994.

From 2004 to 2007 she led the International Secretariat of the Norwegian Parliament, the Storting, before embarking on a period as Norwegian ambassador to Iceland from 2007 to 2010.

After having served as Head of the Legal Department in the Ministry of Foreign Affairs, she was appointed Norwegian ambassador to Italy in 2017.