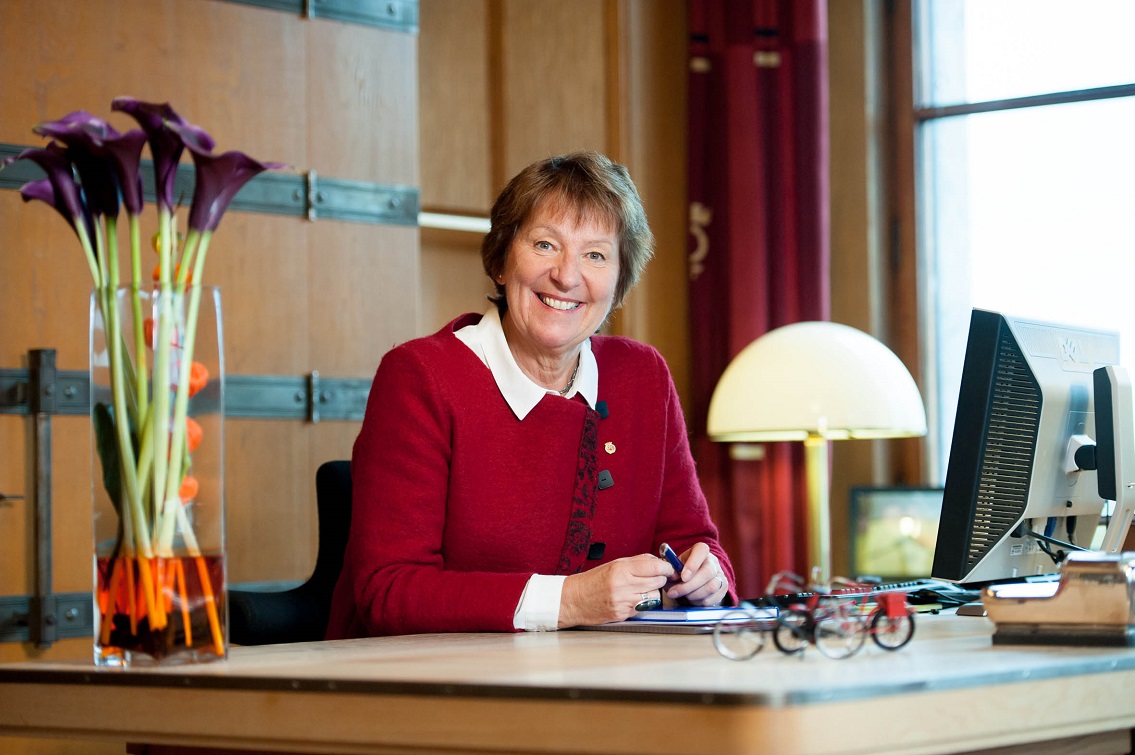 Mayor Marianne Borgen was born in Oslo in 1951 and grew up in Groruddalen in Eastern Oslo. She is married and has three adult children and six grandchildren.

Mrs. Marianne Borgen was first elected Mayor by the City Council in 2015. She was reelected in October 2019 for a new 4-year period. As Mayor of Oslo she is Head of the City Council and the highest-ranking representative of the city.

Mrs Borgen has a degree in sociology from the University of Oslo with a specialization in social policies and medical sociology. She has worked with children’s rights on both a national and international level for more than 25 years.

Mayor Borgen is particularly preoccupied with children’s and young people’s rights and the conditions in which they grow up. Through her work as a Head of office at the Ombudsman for Children and at Save the Children, she has worked in particular with prevention of violence and assault against children, and the situation of the children of asylum seekers and minors who seek asylum.